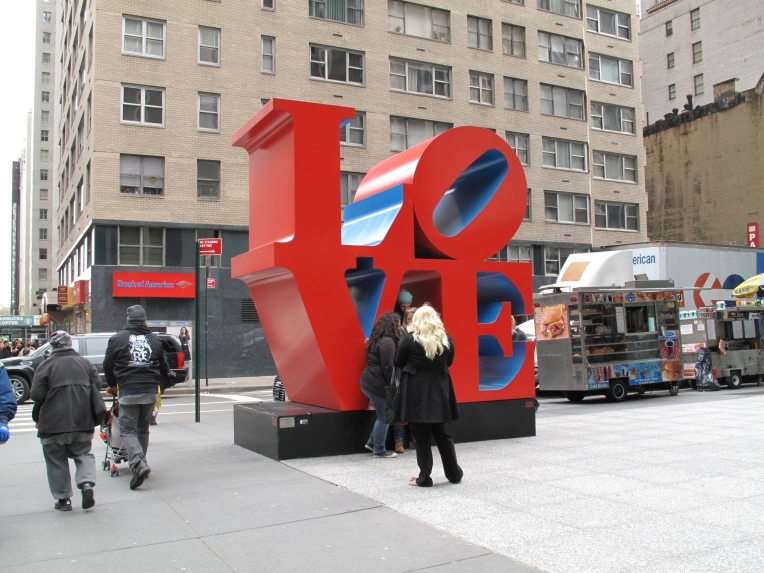 I just wanted to record some thoughts of my impressions of NY.

Had I not already spent some time in the US, I think I would have found wandering around NY on my own to start with as terrifying. Extremely terrifying. They do things differently here. So I’m glad I’ve had some experience being amongst Americans.

The money is difficult to handle, I have to forage through my wallet to find the right notes. The only coins I remember using are quarters mostly. Don’t ask me the value of the other ones. When we left sf, we had a Giants thermos filled with small coins because we never used them, seriously just too hard. I left the thermos beside a street bin, so a homeless person would have a pay day.

There’s a pharmacy nearly on every corner.

There’s ATMs at every corner.

There are police everywhere.

Food is cheap, unless you go flashy.

The computerised talking conductor on the trains, sounds like the voice of the guy who sings ‘wear sunscreen’. Particularly when he says ‘Ladies and gentlemen’.

Most people are polite.

People jay walk without looking. I stand out because I don’t jay walk.

The discount shopping is amazing.

There are a lot of smokers here.

It’s a dirty city. By that I mean, there’s a lot of graffitied trucks driving around, graffitied buildings (not public buildings, they’re all shiny). Most of the roads need major repair or resurfacing.

Service is normally great, because of the tipping system.

Like Melbourne, people wear a lot of black here. I bought and wore a coral pink jacket and all of a sudden I stood out.

That’s about all I have.