Last night I had a bit of a crisis. I thought I was turning 37 this year. Thankfully after a bit of maths, i.e. counting on my fingers, I worked out I am in fact only turning 36. Phew. Sometimes I can plan things a little too far ahead.

Today was another cold-ish day, about 5 degrees Celsius in Aussie language. We visited the Natural history museum. We saw lots of dinosaur bones and the planetarium show. I was exhausted by the end of it. I soon perked up as we headed outside to Central Park. Whilst I would have liked to of had a photo of my sock in progress like the yarn harlot over John Lennon’s imagine mosaic in Strawberry fields, it was not to be, my sock was back at the hotel. Instead I got a snap of the mosaic and some flowers some homeless hippies placed on the memorial. I commented to Damian that these homeless guys were mooching off John Lennon. But as he was a hippy at heart, I don’t think he’d mind.

I’m nearing the heel on my second Newton sock. I’m hoping to be able to cast on a new sock before the flight. Perhaps the striped yarn I dyed at the Lion Brand Studio. 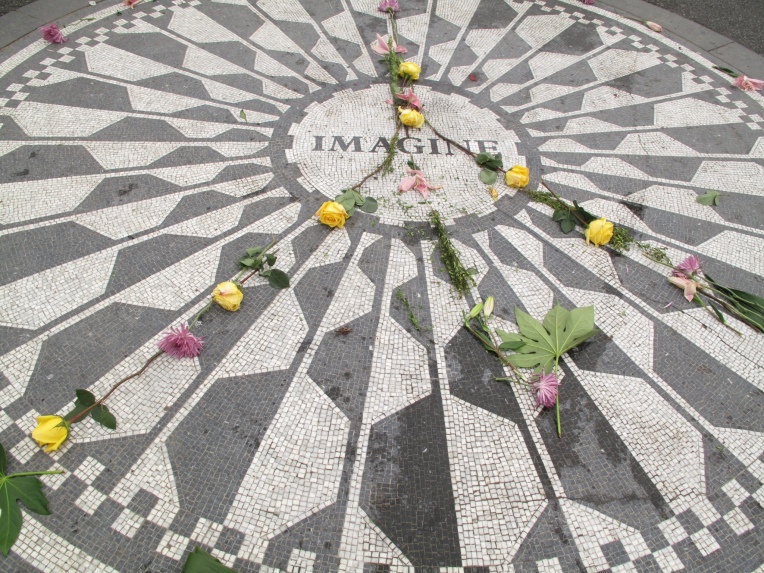 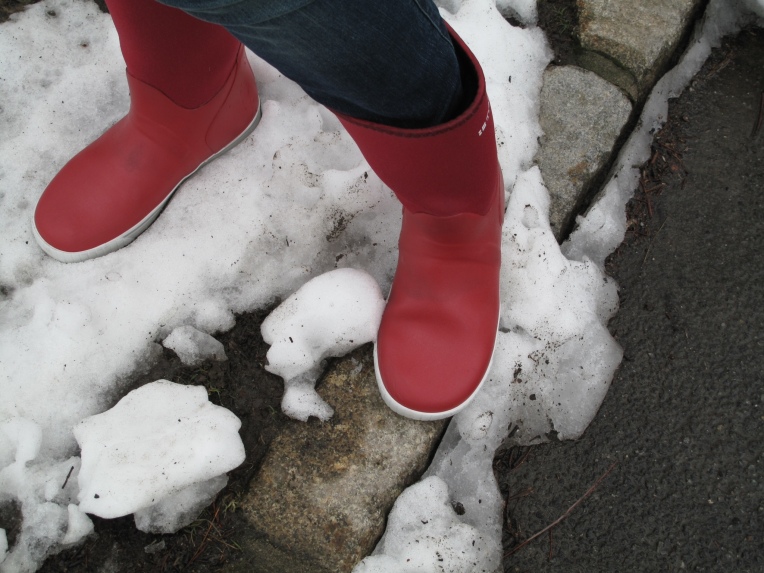